EXPO REAL is opening a further hall in 2019, thus creating even more room for digital innovation—and, as usual, the fair offers an extensive conference program on developments and trends in the international markets as well as the individual segments. Three questions for Klaus Dittrich, Head of Messe München, about the highlights of the fair.


1. One forum in the conference program of EXPO REAL is called “Keep calm and carry on?”—does this reflect the mood in the real estate industry?

“The mood in the real estate industry continues to be positive but there is a growing watchfulness about general economic development. For years we’ve been attending to the question of when the boom will end—but we don’t see any trend reversal, at least not in the participation in EXPO REAL. On the contrary: we’re even opening another hall, NOVA3. Here we are bringing together innovation-minded and technology companies as well as the relevant topics in various forums. So on the one hand, we have created a central venue for all those who are interested in innovation and technological development and, on the other hand, we’ve created more space for other exhibitors in the usual halls. So, for example, we have attracted WeWork, Knotel, Medici Living Digital Services, Max Bögl Stiftung, EXPORO AG, Taurecon, Munich RE and quite a few others as exhibitors with their own area in Hall NOVA 3.”

2. Especially the lack of affordable housing in the cities is a topic that’s making waves at the moment, and attempts at a solution are often controversial. How is EXPO REAL dealing with this topic?

“The subject of housing has long been firmly established at EXPO REAL and in the conference program of the fair. There is certainly no easy solution to the problem on either political or property-industry level, rather it’s up to everyone who is involved in this. Whether it’s by regulating rents, designating new areas for housing development or simplifying the planning and building processes—there are plenty of proposals, and really radical ones too like the call to expropriate the big housing companies. In the conference program at EXPO REAL, we offer a forum where the topic can be discussed and—hopefully—where it’s not only about representing different standpoints but finding common ground too in solving the problem.”

3. What are the other main points set by the conference program?

“The subject of housing is closely connected with the development of the cities but is only one of the urgent problems. The changes and challenges of increasing urbanization are one main emphasis of the conference program, which brings some very capable people together on this subject—including Peter Glus, Senior Vice President, Director of the Arcadis New Mobility Team from Arcadis U.S.—in order to discuss the effects of urbanization, e-commerce and growing mobility.

Another overriding topic is the question of what’s going to happen with Europe and the EU. At least to some extent, further economic development in Europe depends on this. It certainly isn’t just the still unresolved question of Brexit which has changed Europe, it’s also the changed majorities in the European Parliament after the elections as well as the divergent development of the individual member states. Dr. Ulrich Kater, Chief Economist of DekaBank, will be describing the economic implications in his keynote speech, these will then be expanded on in the discussion which follows. And looking to the international markets, a main emphasis is Pacific Asia. Here it’s about the capital flows both from Europe to the markets there and vice versa—the increased involvement in Europe on the part of investors from Pacific Asia.” 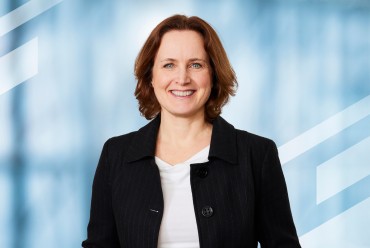